Your world-class education begins here​. ​Ranked in the top 300 universities in the world*, JCU provides world-class facilities, career-focused courses, and leading research excellence across two campuses in Townsville and Cairns.​ ​JCU students participate in hands-on learning in unique and spectacular locations including the Australian Outback and the UNESCO World Heritage-listed rainforests of the Wet Tropics and the Great Barrier Reef.​ 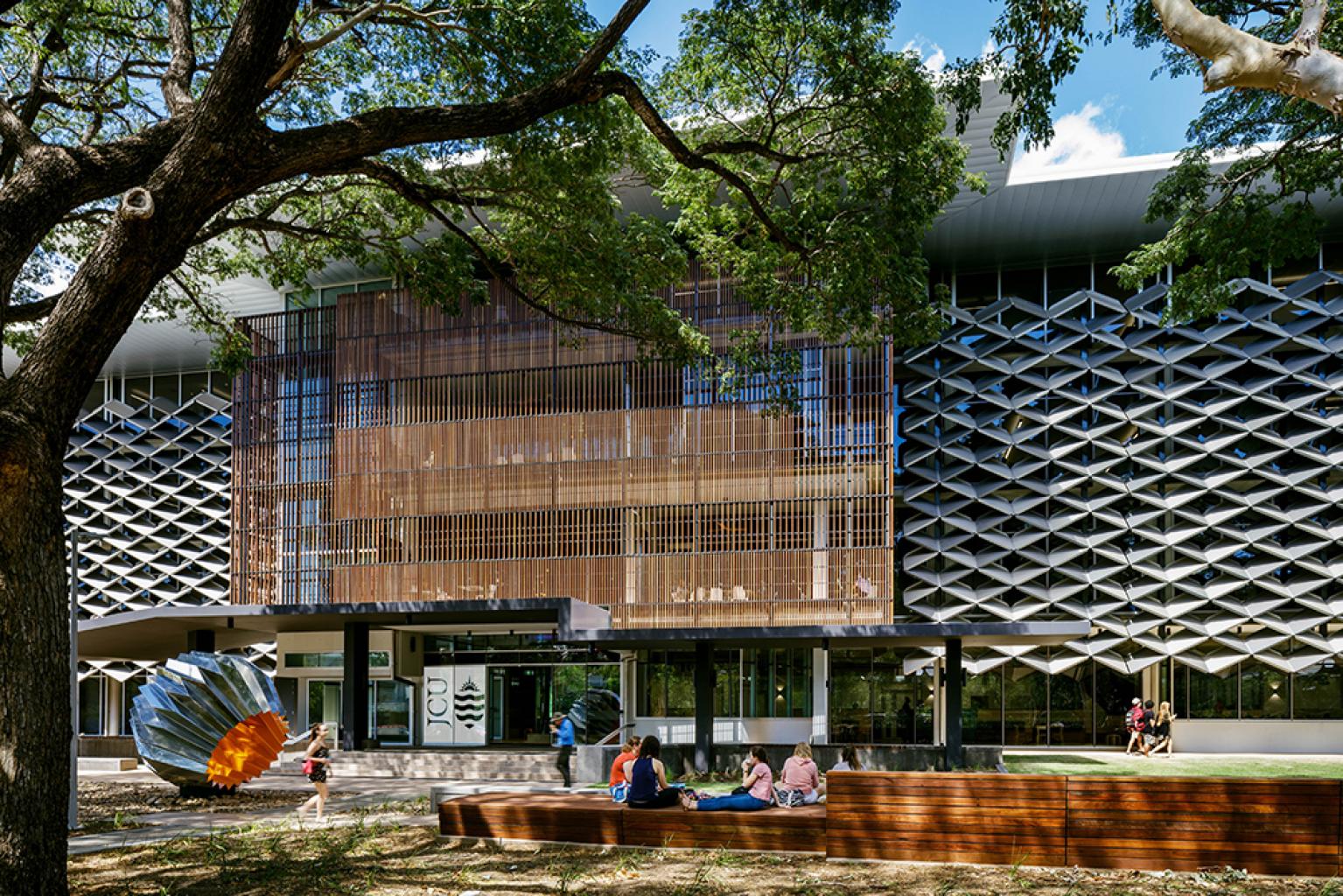 Your world-class education begins here​. ​Ranked in the top 300 universities in the world*, JCU provides world-class facilities, career-focused courses, and leading research excellence across two campuses in Townsville and Cairns.​ ​JCU students participate in hands-on learning in unique and spectacular locations including the Australian Outback and the UNESCO World Heritage-listed rainforests of the Wet Tropics and the Great Barrier Reef.​

North Queensland offers a unique combination of stunning climate, pollution-free environment, multicultural population, and a significantly lower cost of living than Australian cities such as Brisbane, Melbourne and Sydney. ​Our regions are one of Australia’s – and the world's – leading hubs for coast and tropical science and environmental studies, so if you’re interested in the future of the planet, there are few better places to study.​

Our courses are designed to help you succeed in the global workforce and will prepare you for a career you with adventure, skills and impact. JCU produces research of excellence and high impact, particularly on issues of importance to the Tropics. JCU is rated as world-class or better in 38 areas of research*, including No.1 in the world for Marine Biology, No.2 in the world for Biodiversity Conservation Research**, No.25 in the world for Ecology, and in the top 75 in the world for Geography and Mining and Mineral Engineering***.

Awarded 5 stars for student support (Good Universities Guide), we offer a range of student support services to help you settle into life in Australia. JCU’s International Student Support Team of dedicated and experienced staff assist international students prior to arrival, and help with orientation and transition to life at JCU.

JCU offers a variety of services to all students to ensure you can stay ahead of your studies and career, all while having fun on-campus in the process including: academic support, learning skills, sporting facilities, counselling, AccessAbility Services, Careers and Employment, JCU Student Association, Student Centre and the Student Mentor Program

JCU is an accredited educational provider for the Canadian Student Loan program and the US Federal Aid program, as well as for some loan programs in Europe including Denmark, Germany, Norway and Sweden. 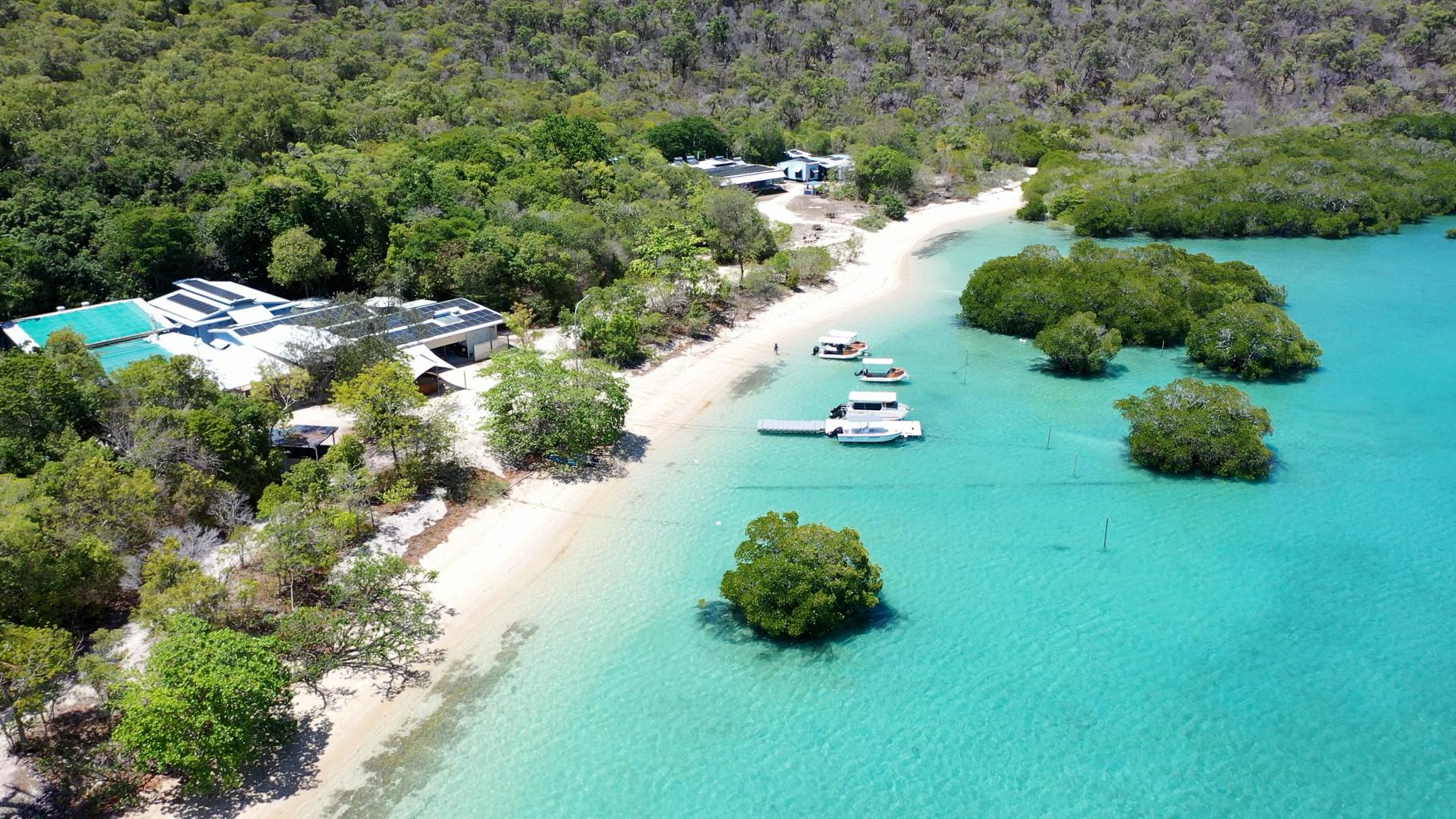 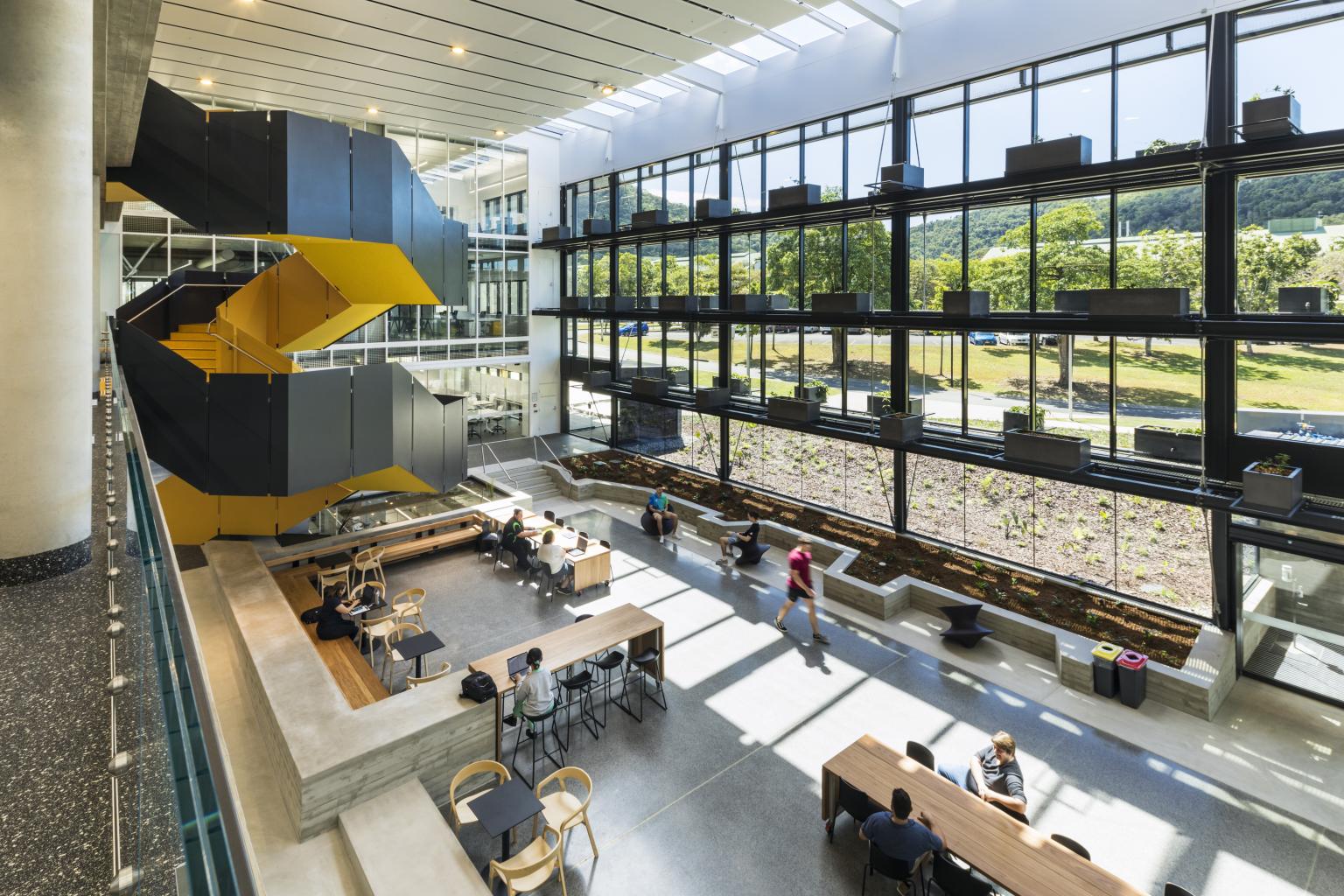 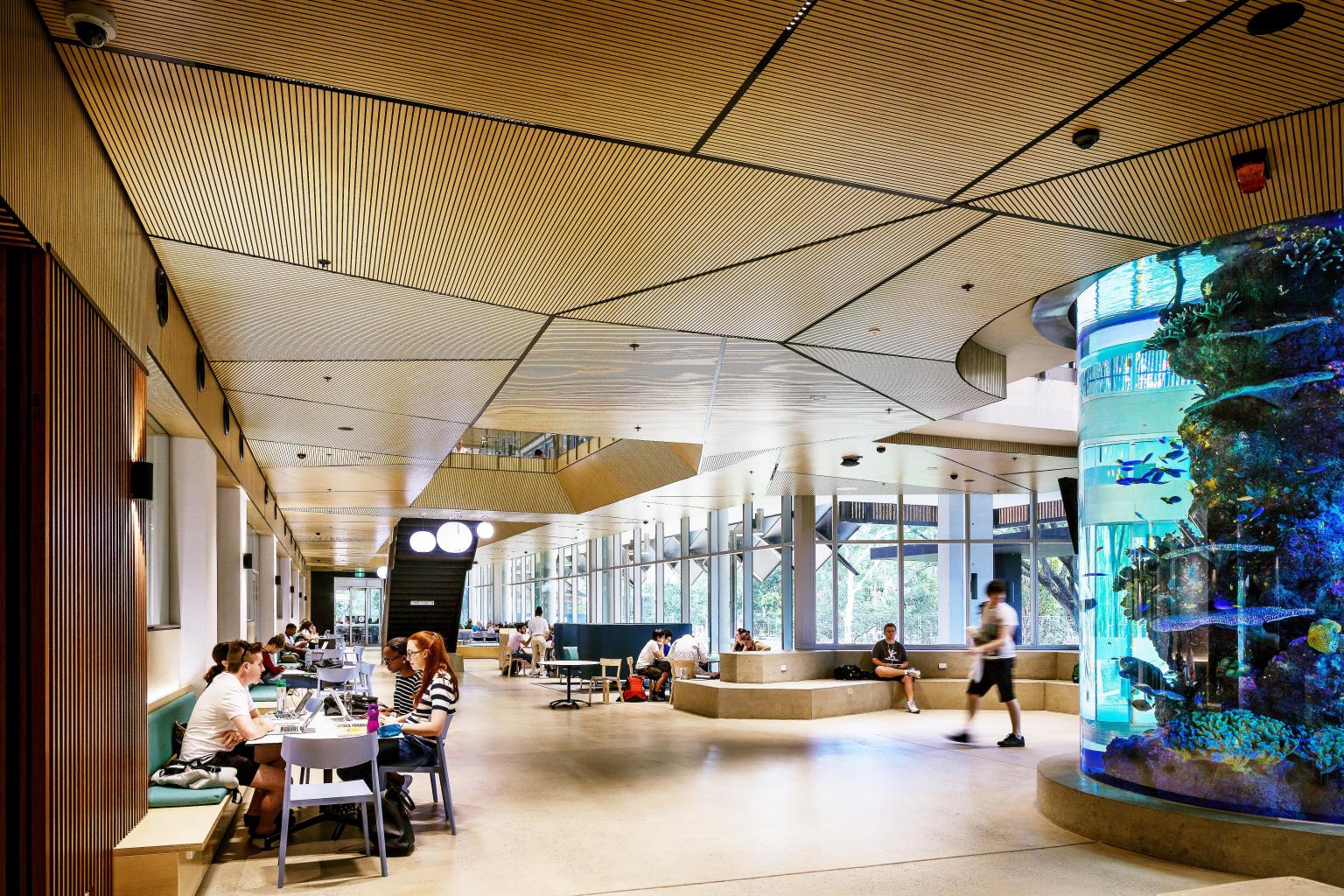 The 2022 Student Services and Amenities Fee (SSAF) for Study Abroad students is 157.5 AUD.

Providing a laid back tropical lifestyle, Townsville (population 229,000) is known as the capital of the north and offers a dynamic and cosmopolitan lifestyle with residents enjoying a sporting and cultural events, festivals and markets.​ Townsville is renowned for marine research and for being the home of the headquarters of Australia’s major marine research and management authorities: The Great Barrier Reef Marine Park Authority, The Australian Institute of Marine Science, and the Australian Bureau of Meteorology. ​

Cairns (population 150,000) is a modern, clean, safe and friendly tropical city with a relaxed atmosphere.​ Cairns is famous for its close proximity to the magnificent Great Barrier Reef and the World Heritage listed rainforests which border the city. It’s the place in Australia where there are two UNESCO World Heritage Sites located side-by-side.​

The North and Far North regions of Queensland are unlike anywhere else in the world, and feature an extraordinary combination of reefs, rainforests, significant coastal, mountain and outback ecosystems, and indigenous centres.

The coastal cities of Cairns and Townsville provide modern sporting, cultural, entertainment and shopping facilities and a relaxed lifestyle.

250-489 AUD per week - Halls and colleges are within walking distance of uni and provide a range of living styles to suit your personality. There are a variety of living styles with a strong support structure offering residents quiet areas and single gender floors/units. Choose whether to cook for yourself or have all your meals cooked for you. 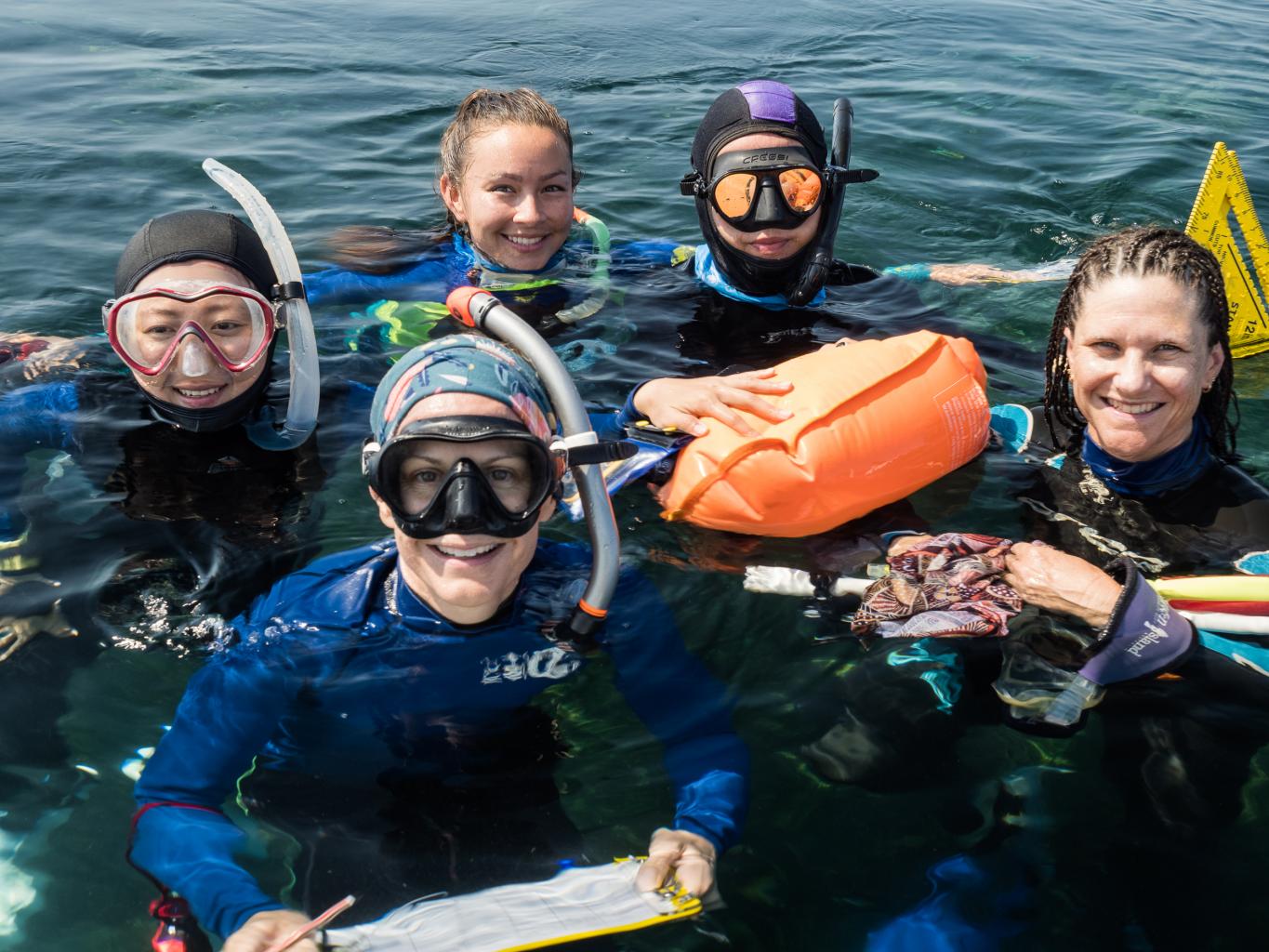 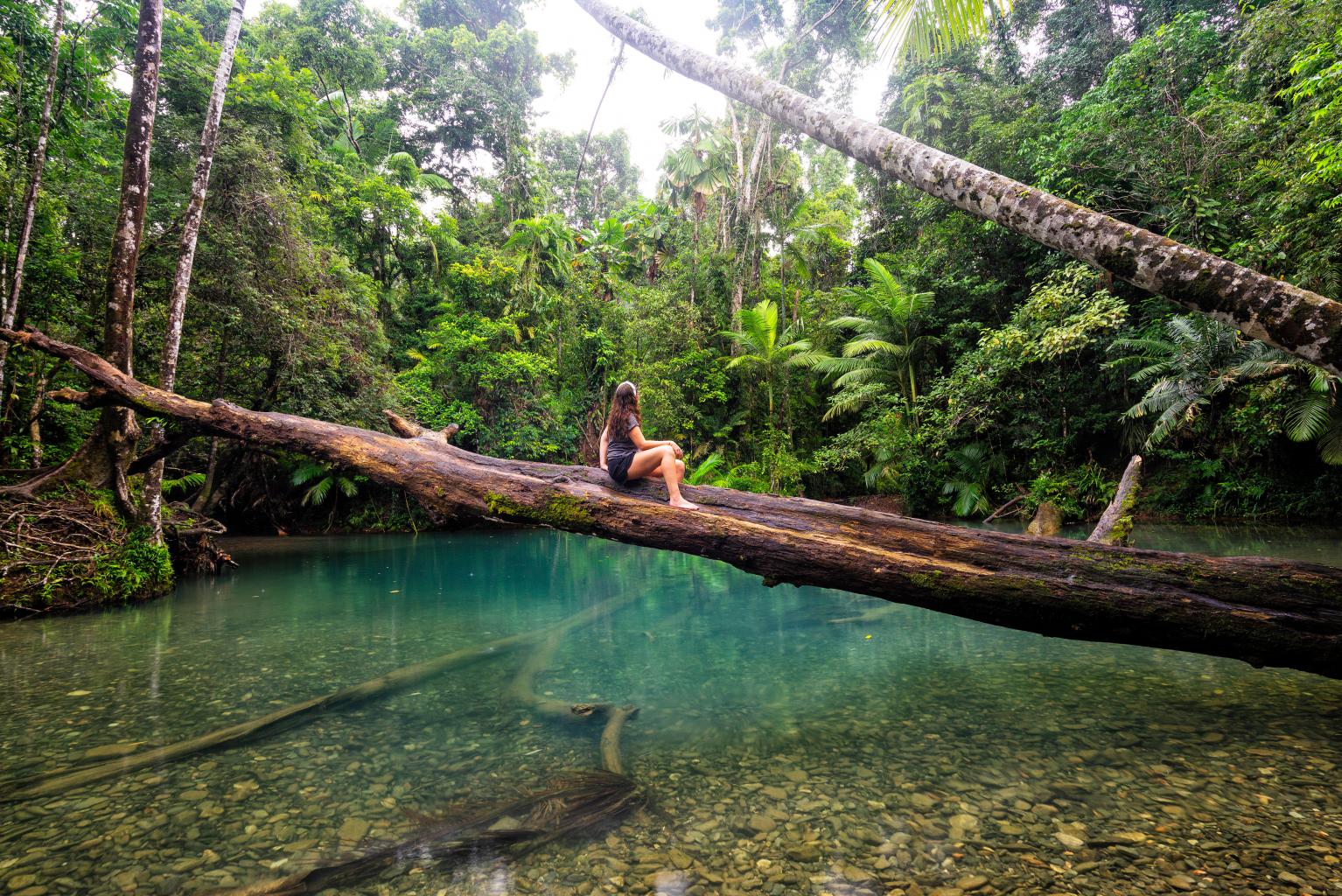 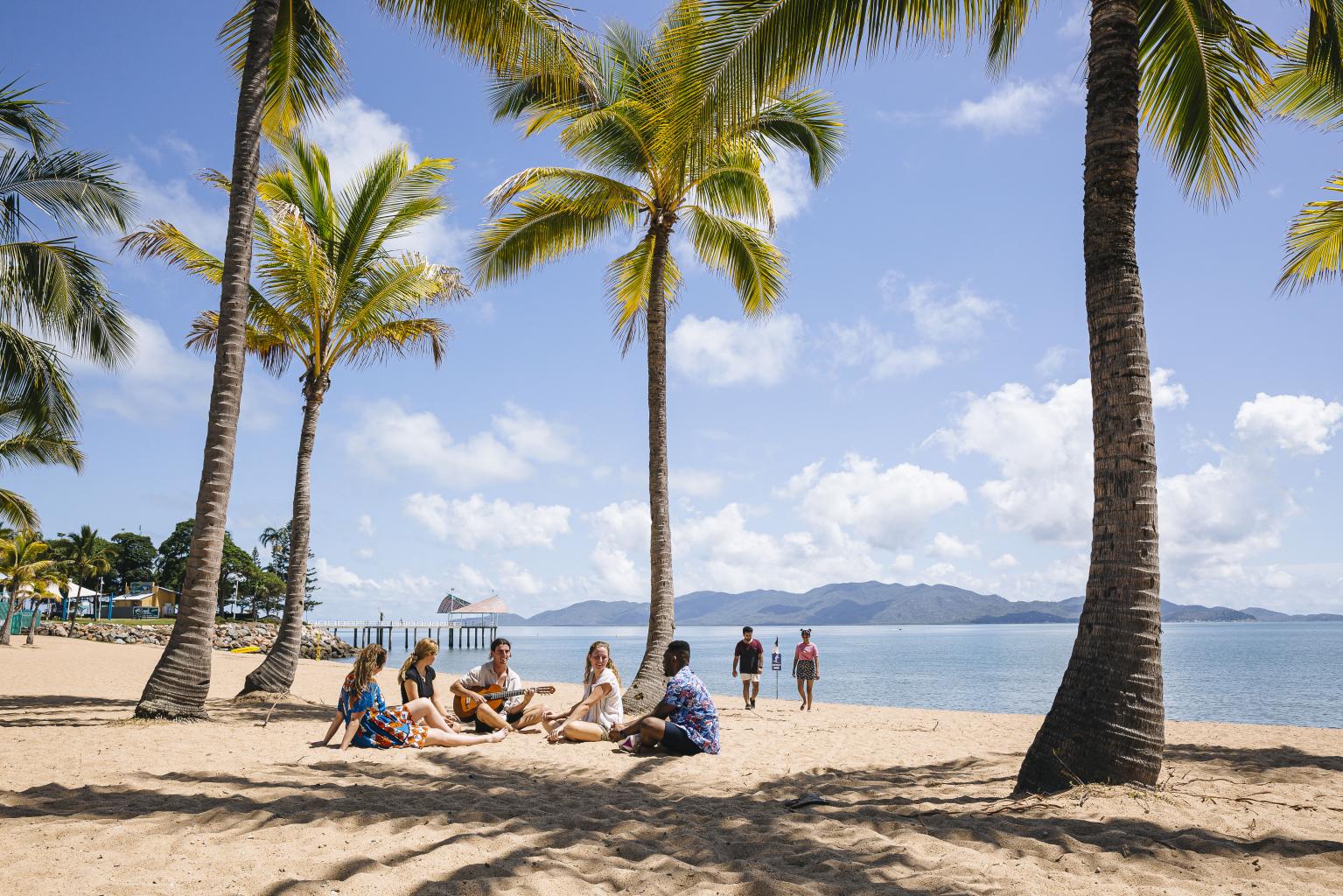 James Cook University in Townsville/Cairns is introducing more and more courses in trimester model. Until now, almost all programmes were offered in the semester model (February-July and July-December). For more flexibility and adaptation to international systems, courses from the Undergraduate and Postgraduate Business, Commerce, Tourism and Information Technology Courses are now offered in trimesters.

There are three trimesters each year which are each 10 weeks long.

But beware: there are still courses that are a combination of semesters and trimesters.

More information on the Trimester Model can be found at https://www.jcu.edu.au/students/enrolment/trimester-faqs.

James Cook University has been recognised as among the world’s biggest contributors to marine conservation and sustainability research, according to a highly respected research index.

Developed by the top-tier science journal Nature, the “Nature Index” found Townsville was the world’s second most-prolific city for research related to the United Nations’ Sustainable Development Goal “Life below water (SDG14)”. The Index is based on research published in 82 high-quality scientific research journals between 2015 and 2020.

52 per cent of that local research came from JCU.

JCU Environmental Social Scientist and ARC Centre of Excellence for Coral Reef Studies Senior Research Fellow Dr Georgina Gurney said the university’s success in marine conservation and sustainability research was testament to the dedication and passion of its researchers.

“It’s exciting that Townsville is such an engine room for research on marine sustainability,” Dr Gurney said.

“We’re only just behind Beijing according to the Index, and ahead of much larger cities with many universities, like San Francisco and Boston.”

Dr Gurney said that tropical seascapes are a current focus of research on marine sustainability because “they are biodiversity hotspots and support the well-being of millions of people across the globe”.

“But people’s strong cultural, social and economic ties to these areas are under threat because the tropics are experiencing some of the greatest rates of environmental and social change, including due to climate change.”

“So research on tropical marine sustainability is particularly pressing and Townsville is a great place to do it,” she said.

“We’re located right next to the world’s largest coral reef, the Great Barrier Reef. Coral reefs are the ‘canary in the coal mine’ for assessing the impacts of climate change on the environment.”

JCU’s extensive collaborations with tropical nations, particularly in the Asia-Pacific, is a very important contributor to Townsville being a world-recognised hub for marine research, Dr Gurney said.

“The importance of meaningful collaborations between high- and low- or middle-income countries is increasingly recognised by conservation and sustainability researchers,” she said.

“Co-producing research with local scientists and practitioners is critical to decolonising science. It is also going to lead to high-quality research that is more likely to have real-world impact because not only do these people know their country best and have established relationships with local communities and other stakeholders, but diverse research teams lead to new solutions for sustainability problems.”

Dr Gurney has research partnerships with local practitioners and scientists in a number of tropical countries, including with Dr Sangeeta Mangubhai, who directs the Fiji programme of the Wildlife Conservation Society (WCS), an international non-profit organisation. Together with other collaborators they developed a monitoring framework, which aims to identify how coral reef conservation can support conservation outcomes and the well-being of coastal communities.

The framework has since been implemented by WCS and its partners in more than 130 communities in seven countries across Africa, Asia and the Pacific.

Welcome week at UNCW always means F U N! During welcome week students get to know their fellow students and get a tour of the huge UNCW campus. All new and returning, local and international students are moving in to their dorms and are welcomed in their new home. The UNCW team is organising many fun actitvies for students - so don't miss it!